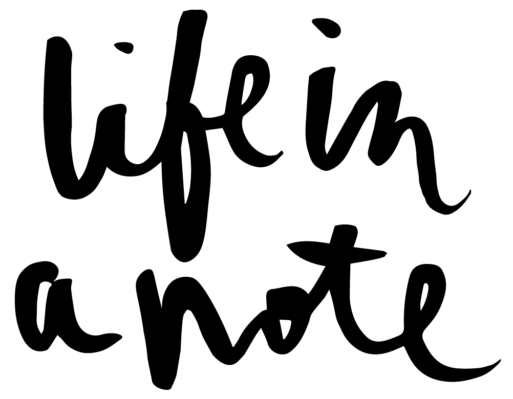 If man were only mind, worship in thought would be the form in which to commune with God. But man is body and soul, and his goal is so to live that both ‘his heart and his flesh should sing to the living God.’

I sat in the sunshine filled room in Magnolia, tears burning my eyes. My spiritual director was asking me a question I knew I had the answer to, but was too embarrassed to say.

“Lex – If Jesus is standing before you, inviting you into this journey with Him, what is your posture towards him?”

I could picture myself standing with Jesus a few feet in front of me, His hand outstretched –  offering me to come and join him. The journey He was asking me to walk with him on had proven thus far to be both an intense and dark one over the last year or so – filled with rejection, surrender, confusion and loss.

“I literally don’t feel like I can take it,” I said. “I don’t trust myself enough to do the hard things I know He’ll ask of me.”

“Well then,” I said, my voice beginning to crack, “If it’s about trusting Him, He’s literally going to have to carry me.”  I tried to say more but tears took over. I laid my head back, attempting to hold them in, tightening my throat and praying I wouldn’t turn right into a ball of mush there in her beautiful space.

It was around that time that I’d also landed my word for the year. With all that 2017 had brought, I had felt myself giving in to what had seemingly become an all consuming struggle. Giving in to complaining, waning hope, begrudging the failures I felt outweighing the rest of life. Giving into questioning God’s goodness, His faithfulness, His omniscience. Wondering if hope just a fleeting concept I could only taste of when things were going my way.

Crawling into bed one night in early January, my word for the year came: FIGHT.

Well aware of how so many of the last days and weeks and months I’d succumbed to the  struggles that threatened rather than chosen to believe the truths I know so well,  I’d given in. Instead of claiming the spirit of power and love and sound mindedness I know I’m already granted, I’d surrendered.  Instead of clinging to the truth that I am His and He has already conquered the days I was in, I’d let my heart engulf in darkness.

The word showed up again – oddly appropriate right here as I sat with my friend, listening for the Lord’s word, crying out to be carried.

“Paul talks about joy in struggle Lex, but what does that actually look like? What would it feel like for you to choose joy in these moments you just want to end? Consider that this is your invitation to learn a new aspect of God and his love through this process.”

“Consider it pure joy my dear brothers whenever you face trails of many kinds. For you know that the testing of your faith develops perseverance.”

I’ve heard it so often, committed it to memory as a kid. But as I sat in silence across from her, I could hear thoughts warring in my head.  I just kept thinking, This feels like regression. Regression from the girl I was – whose faith was so stable. Regression from a rock solid trust in the God I know is good.. It feels like I”m coming to the end of myself.

Shauna Niequist’s wisdom from her book Present over Perfect rang in my head. I had stolen the book from a friend on recent Birthday get away weekend, and basked in the gift of Shauna’s fresh recognition of God’s love, even after being in relationship with Him for so many years.

…that the only way through emptiness is stillness. To stare deep at a wound unflinchingly, rather than attempting to outrun it.

… that sometimes the darkest parts of us can be our teachers in ways that our sweeter qualities never could.

… that Love doesn’t allow hiding, but invites whole selves and whole stories out into the light. Just as friends do – seeing into us, into our secrets, into our elaborate games and excuses, helping us carry all this mess together.

SO, sitting in my friend’s office that day, I decided to be in it.   To press in to the stillness – meeting God in my moments of pain rather than running to fill them up. Pressing into the regression – away from self centered, self-righteous, indepence and choosing instead a willingness to reach out and let myself be loved. To lean in to the meetings and moments and conversations he would bring, however awkward or filled with unknowing.

On my way home, I pulled up along side the Atantic, climbed up on the ocean wall and let Tenth Avenue North blare as I declared it once more.  I knew this was the emptying I needed in order for the Lord to be the one who fills. Fight the flesh of hopelessness, Lex. And let him carry you.

I knew what it would mean. For me the girl that so easily fills my stomach when my heart is starving. Who turns to quick empty sugar – literally – rather than the richness of mind and heart and soul filling I crave. To music – melancholoy and loud and drowning of all else – rather than the poignant silence that opens my ears to the whispers of God. To lists and schedules and noise and calculated minutes of movement.

I laid  in stillness on my bed the next morning – struggling to be fully convinced that He actually wanted to carry me. Digging into the Word, the truth of his compassion and care stared back at me plain as day in Isaiah 40:11: He tends his flock like a shepherd: He gathers the lambs in his arms and carries them close to his heart.

So I dug in. Into the ridding my flesh of the fixes. Sitting in the silences. Turning off my phone and meeting God in prayer.  Fighting the pangs of loneliness by choosing, slowly, to count gratitudes again. Reaching out to friends who love so faithfully. Turning off my feeds, my music, my chocolate fixes – and waiting in the calm and the quiet – letting love meet me.

Fighting my flesh to let God carry me.

It seems to me that one of the great hazards is quick love, which is actually charm.  Quick charm is like sugar – it rots us. It winds us up and leaves us jonesing, but it doesn’t feed us. Only love feeds us. And love happens over time … Show up again. Coming clear again, being seen again. That’s how love is built.

And slowly, steadily – my began to open to his hand of love at work.

A trickle of moments – some painful, some packed fresh with HOPE, some perfect silences jam packed with  meaning. Minutes of powerful – poignant –  outpouring of Christ’s compassionate care, in ways I never could have predicted.

Strangers turned new friends in a mere conversation, recounting their astounding life experiences and affirming the good process it is to let life humble us.  Creative friends launching entire initiatives and utterly inspiring me with their courage. Sisters across the country challenging me to love others big, disregarding self preservation, letting Christ care for me and show  up to care unconditionally for others. Affirmations through the stories of giants I respect who, sharing their profound stories in retrospect, reminded me that being smack in the middle of God’s mysterious work – especially the kind we cannot see – is one of the best places to be.

Amidst these and so many other moments – the God of grace heard my cry. He met me in my pain – saw my raw heart of longing – and placed my feet on a rock higher than I. Slowly, steadily, sitting in the moments of pain – he brought relief.  He put a new song in my mouth, a hymn of praise to him – one that has been sung out through the last month of my life through a narrative I never could have dreamed up on my own.

So much shifted – even over the last few weeks. So many tangible glimpses of the great hope happening above all of what’s seen. So much to praise Him for. So much I’m still realizing are His gifts of grace at work.

And as it all profoundly unfolds, Tozer’s image of the field’s are standing reminders of what’s at work:

The fallow or the unplanted field is smug, contented, protected from the shock of the plow and the agitation of the harrow. Such a field as it lies year after becomes a familiar landmark to the crow and blue jay… Safe and undisturbed, it sprawls lazily in the sunshine, the picture of sleepy contentment.

But it is paying a terrible price for its tranquility. Never does it see the miracle of growth; never does it feel the motions of mounting life nor see the wonders of bursting seed nor the beauty of ripening grain. Fruit it could never know because it’s afraid of the plow and the harrow …

In direct opposite to this, the cultivated field has yielded itself to the adventure of living. The protecting fence has opened to admit the plow, and the plow has come as plows always come, practical, cruel, business like and in a hurry.

The field has felt the travail of change; it has been upset, turned over, bruised and broken, but its rewards come hard upon its labors.  All over the field the hand of God is at work in the age old and ever renewed service of creation. New things are born, to grow, mature, and consummate the grand prophecy latent in the seed when it entered the world.

I am only sure there is much more to be plowed. Still so much yet to learn in His presence. Still countless hours of fighting my flesh that itches for filling and yet craves the depth I know can be had in Him.

But as I continue to learn, I am leaning into this: Yielding to the adventure of living, letting God grow, mature and hash through those things that the soil of our flesh has given into for years, is his goodness at work. He moves to redeem moments and meaning this side of heaven, deepening joy through our sitting in the silence with Him.

Here’s to the process – the plow – and the pressing in.

... the capacity to recognize and affirm, edify and celebrate, order the soul and color moments, months & decades ... can all be beautifully held in a note. Short and sweet - long and elaborate - hand-written or e-created ...THERE IS LIFE IN A NOTE.

GET A LIFE IN A NOTE INSPIRATION IN YOUR MAILBOX ON THE REGULAR.